Warning: "continue" targeting switch is equivalent to "break". Did you mean to use "continue 2"? in /homepages/23/d90686429/htdocs/clickandbuilds/TPmobilizationtestsite/wp-content/plugins/revslider/includes/operations.class.php on line 2734

Warning: "continue" targeting switch is equivalent to "break". Did you mean to use "continue 2"? in /homepages/23/d90686429/htdocs/clickandbuilds/TPmobilizationtestsite/wp-content/plugins/revslider/includes/operations.class.php on line 2738

Warning: "continue" targeting switch is equivalent to "break". Did you mean to use "continue 2"? in /homepages/23/d90686429/htdocs/clickandbuilds/TPmobilizationtestsite/wp-content/plugins/revslider/includes/output.class.php on line 3679
 Anniversary Celebration with Heather Booth – Takoma Park Mobilization

Come to our Celebration, party hard,

“When I asked how to get organized, 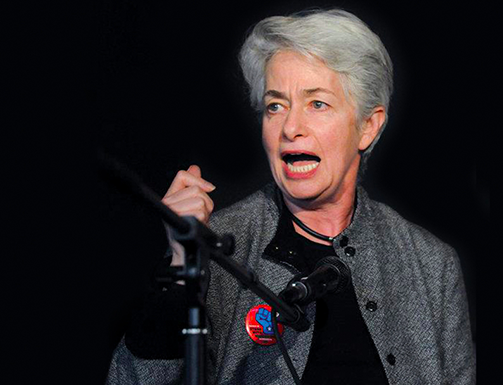 We’ve been working together since Trump’s election

Flooding the Mall with the Women’s March, helping immigrants, winning a $15 minimum wage in our county, working against climate change, standing up to Trumpism, fighting mass incarceration and getting ready for primaries and elections in the new year.

A year from the historic Women’s March, it’s time to celebrate what we’ve done together, and feel the love and power we bring to organizing for the future. So wear your pussy hats, sing along with Elyse Bryant, singer, Wobbly, and a powerful labor organizer in her own right. Mayor Kate Stewart will also offer her congratulations, thanks, and encouragement.

Over the past half century, Heather Booth has improved the lives of tens of millions of Americans who never knew her name. But if you’ve met Booth – and especially if you’ve heard her give a speech, or participated in one of her training sessions for organizers, or sat around a table with her as part of a strategy meeting for an organizing campaign — you’re one of the lucky ones.

See the trailer for her new film: Heather Booth: Changing the World.

Volunteer to work with new friends to help us produce our Anniversary Celebration by texting Karen Elrich at 301-674-6174 and send any pictures from your times with the Mobilization to Jane Enright.